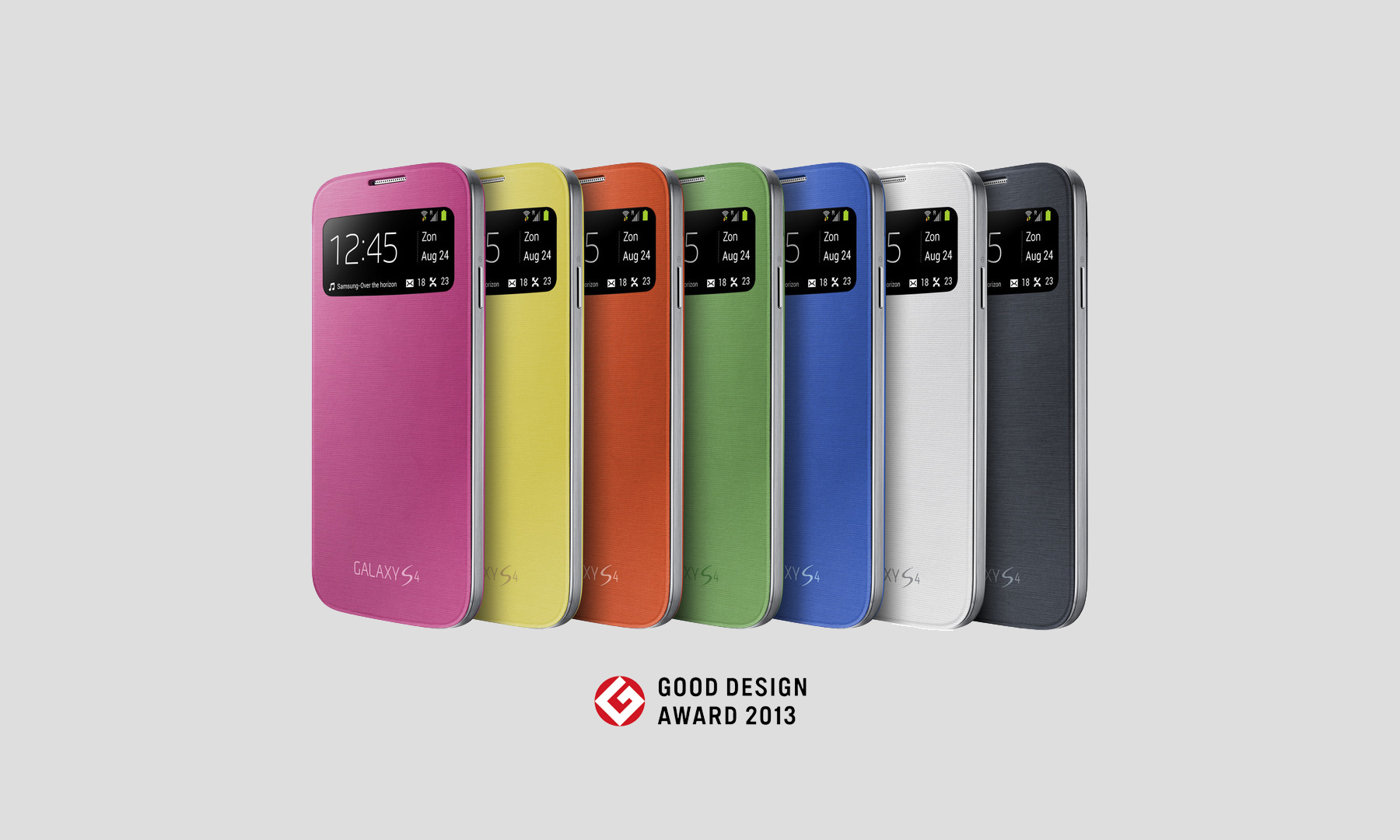 Pioneering a new category of intelligent smartphone cover accessories.
Awarded Good Design Award in 2013.
Role
Founded product and led design.
‍My responsibilities included self-initiating the project from scratch, creating the designs for the experience, and driving efforts with partner teams to to turn this concept into a product. Founded V1 of the product, and the smart accessory continues to be released with the latest Galaxies.
Problem space

A flip cover is one of the most popular mobile accessories, used to protect the phone's display from getting damaged. From using flip covers that existed in the market, I experienced following painpoints:
Process 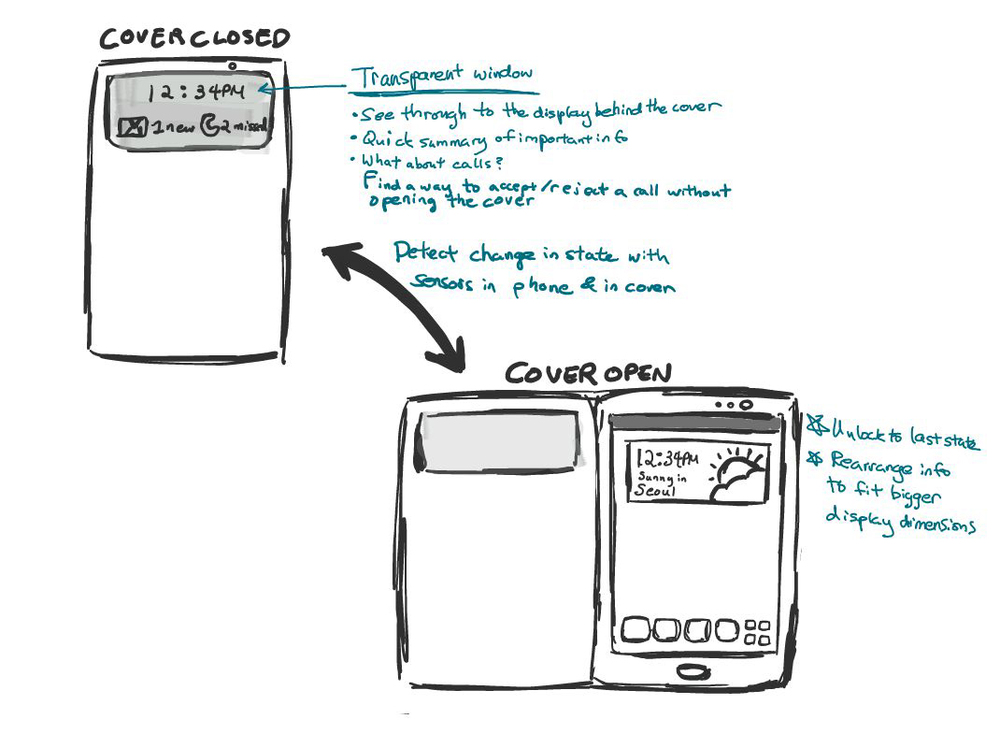 One of the initial sketches (one that closely resembles what was shipped in V1)
Starting as a small personal idea, I began to think about redesigning a smartphone cover which could fulfill not only the protective aspect but also the painpoints mentioned above. It began with a series of sketches, exploring different types of layout designs of the front cover & different interaction types that can take advantage of each layout.

After refining the sketches & concept, I got together with product planners, industrial designers, hardware engineers, and software developers to get this concept into a working product. During this process, much of what  I was driving involved:
Product release
S View Cover was first launched with Galaxy S4 in April 2013. Here were the key features in the first ever S View Cover.
Feature 1
Display key information, such as time / notifications / new messages / missed calls, so user can check them out without having to open the cover. 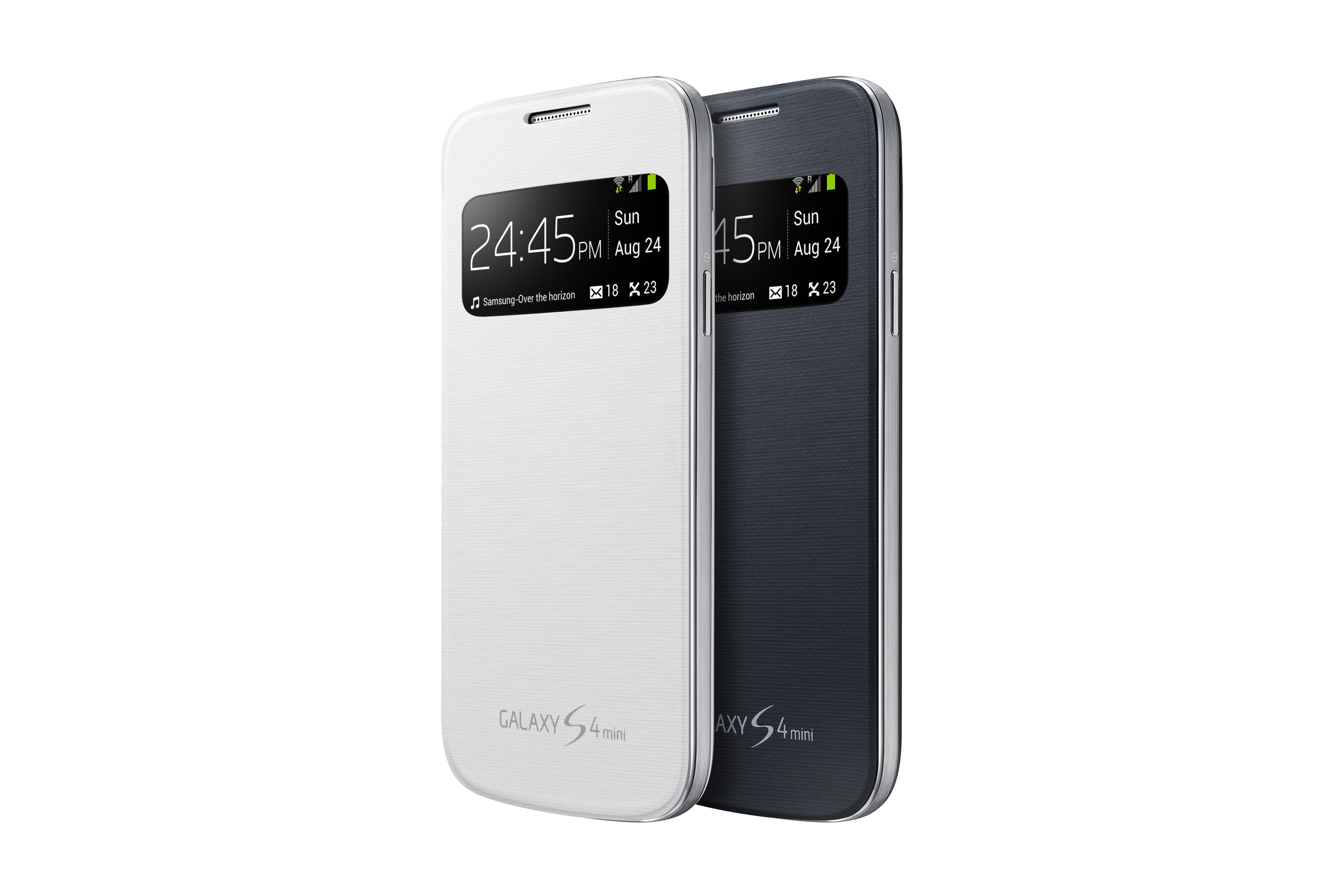 Feature 2
Ability to answer incoming calls by swiping across the transparent window (not a cut out window; we've worked through a hardware solution to make the transparent window interactable without user touching the actual touch display). No more need to awkwardly try to open the cover with your thumb and reach out to the end of the screen. 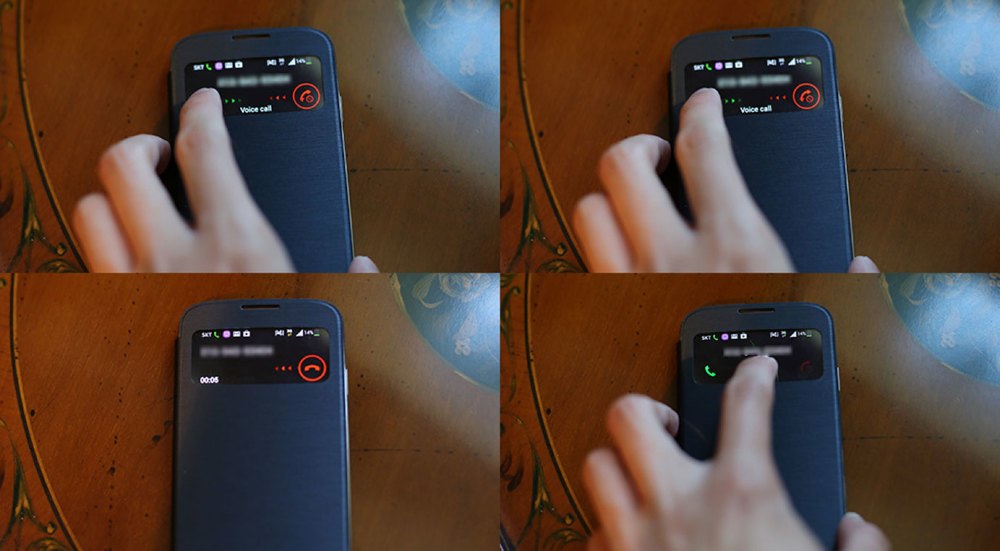 Feature 3
Automatically unlock the device when user opens the cover. When the cover is closed, turn off the display except the area underneath the transparent window for a more efficient battery consumption. 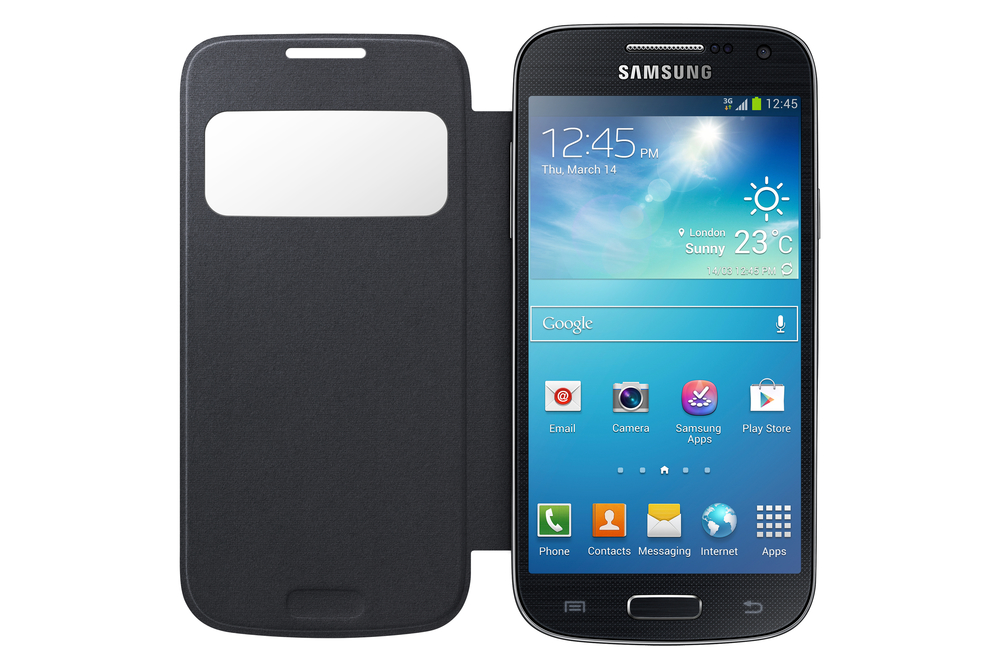 Product Lineup
Product was introduced with Galaxy S4 and is still continuing to be developed for following Galaxy S and Galaxy Note series.

Award
S View Cover was awarded Good Design Award 2013, and I am grateful to be mentioned as Director & Main Designer in the award.