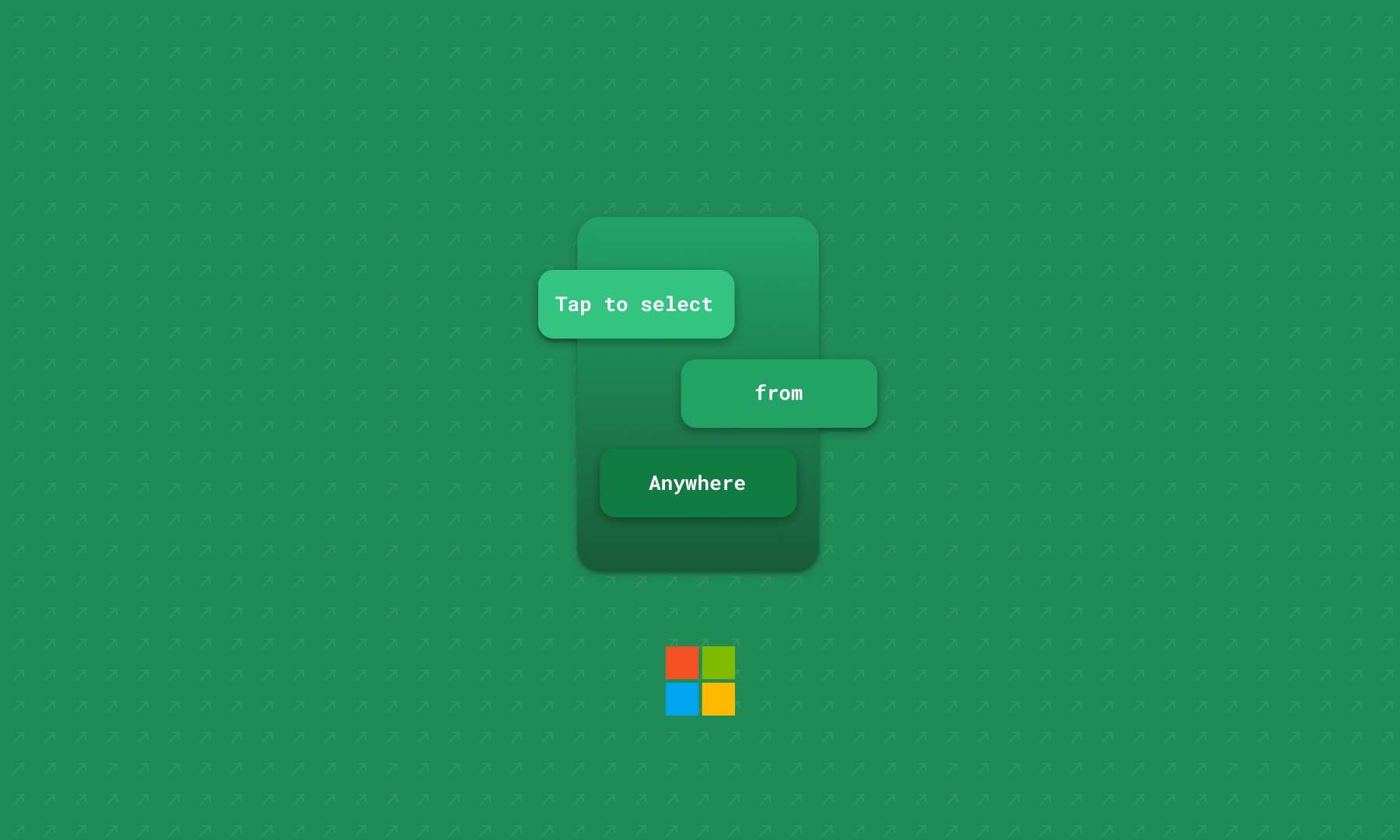 A universal overlay that can be launched over any app to allow easy snippet selection
Microsoft profile page
Role
Design & Development
This was a self-started project at Microsoft, which began around April 2016 and shipped V1 in November 2016. It was a single-person team, which allowed me to drive a vision from the very beginning to the actual release. My responsibilities included defining problem space, creating the concept along with a future roadmap, and building the software implementation of Clip Layer.
Problem space
Phone has become the center of how I consume news, updates, interesting content, and other types of feeds. When I find something interesting or something I care about, I want to relay it for another purpose. However, two problems stuck out.

Problem 1: Because the selection model and actions available per information snippet are defined by the local app, there are many cases where users don’t have the controls they seek.

Problem 2: In places where selection is available, interaction methods aren’t always intuitive (It is often press & hold then precisely drag two draggers on each end).
Direction

What if there were...
A universal overlay that can be launched over any screen in a quick and intuitive manner to easily
Key features 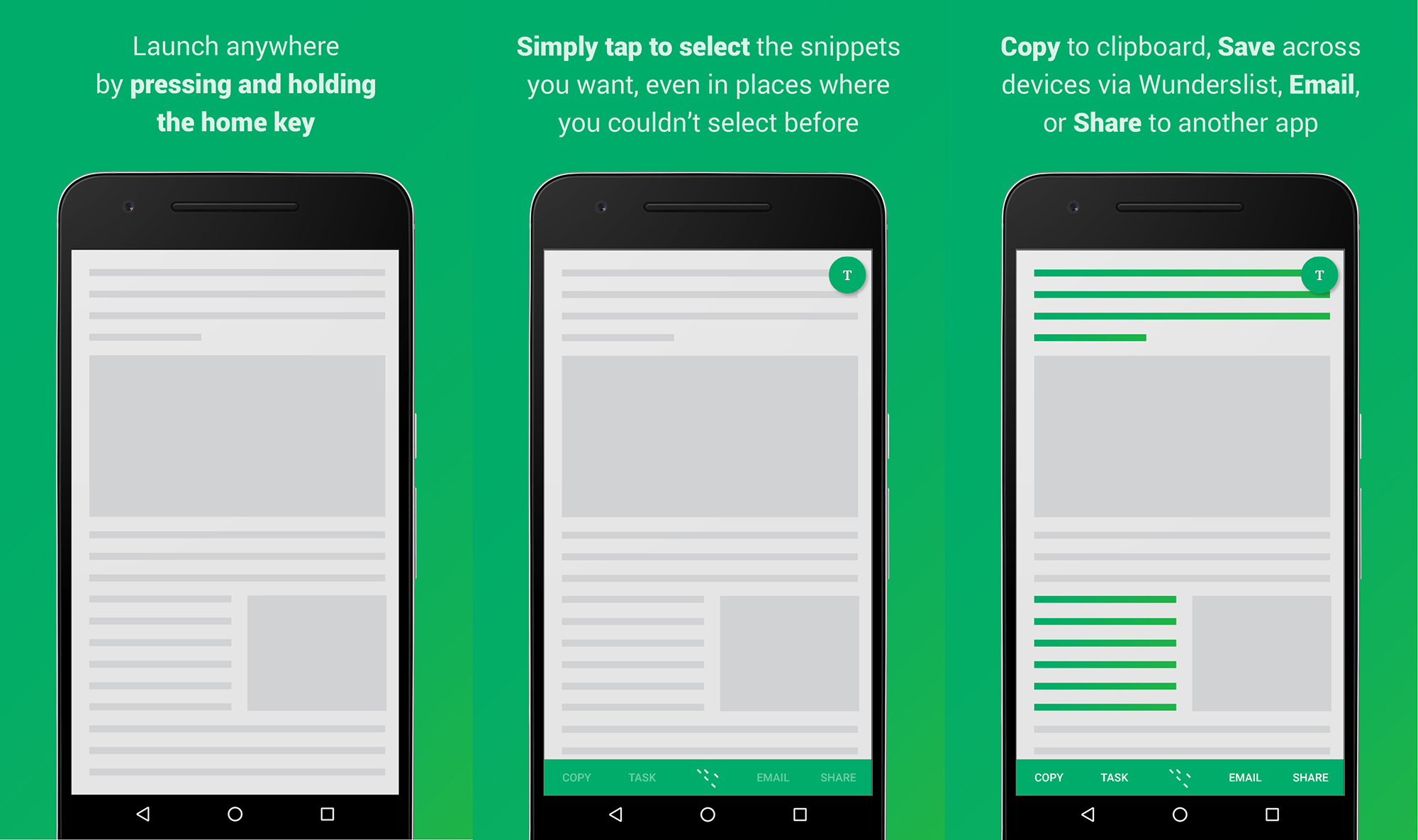 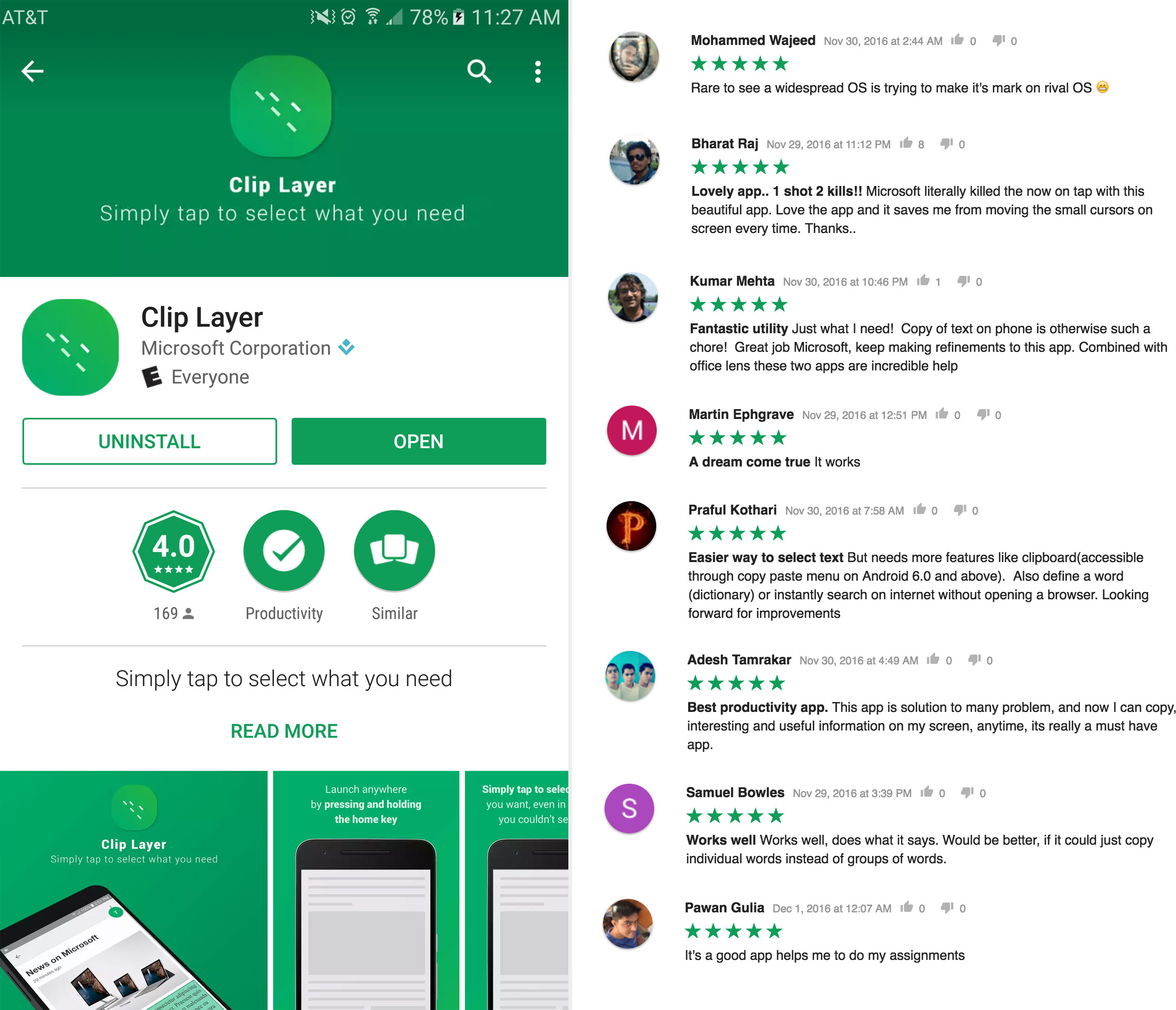